This study examined the flow structure and heat transfer characteristics of a sweeping jet generated from a feedback-free fluidic oscillator. A feedback-free sweeping jet (FFSJ) was proposed to enhance impinging heat transfer with a large jet-to-wall spacing. The surface temperature field of a plate cooled by a jet impingement was measured by thermographic phosphor thermometry using the decay-slope method according to a range of Reynolds number (Re) and various jet-to-wall spacing (Z/dh). The results were compared with those of a square jet (SJ) and conventional feedback sweeping jets (FSJ). Time-resolved particle image velocimetry, proper orthogonal decomposition analysis, and smoke visualization were conducted to determine the external flow characteristics of the FFSJ. The FFSJ oscillated with the 7dh wavelength. The frequency and sweeping angle were higher and smaller, respectively, that of the FSJ. The heat transfer performance of an impinging FFSJ was superior to that of an SJ when the jet-to-wall spacing was lower than 5dh. The peak Nusselt number increased with increasing Reynolds number. At a fixed Reynolds number of 32,000, the local heat transfer performance of the FFSJ was superior to that of the FSJ. As the jet-to-wall spacing increased, the effect of heat transfer enhancement also increased. At Z/dh = 8, the peak Nusselt number of the SJ surpassed the FFSJ, but the integrated heat transfer rate of an FFSJ was comparable to that of an SJ. 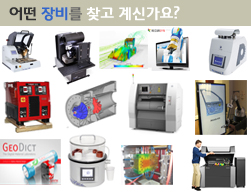