Three-dimensional (3D) curved wall jets are a significant topic in various applications related to local heat and mass transfer. This study investigates the effects of the impinging angle and Reynolds number with a fixed distance from the nozzle to the surface of a cylinder. The particle image velocimetry (PIV) method was used to measure the mean streamwise velocity profiles, which were normalized by the maximum velocity along the centerline of the impinging jet onto the cylinder. After the impingement of the circular jet, a 3D curved wall jet develops on the cylinder surface due to the Coanda effect. At a given Reynolds number, the initial momentum of the wall jet increases, and flow separation occurs further downstream than in normal impingement as the impinging angle increases. At a given impinging angle, flow separation is delayed with increasing Reynolds number. A self-preserving wall jet profile was not attained in the 3D curved wall jet. The turbulence intensity and the Reynolds shear stress were obtained to analyze the turbulence characteristics. The radial turbulence intensity showed similar tendencies to a two-dimensional (2D) curved wall jet, but the streamwise turbulence intensity was dissimilar. The Reynolds shear stress decreases downstream of the cylinder wall due to the decreased velocity and centrifugal force. 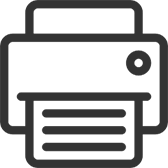